Some of you may already know, some of you may not…. I will be racing for Team Every Man Jack in 2017.  Contrary to popular belief, Every Man Jack is not just an all-male elite amateur triathlon team.  They are actually an all-natural male grooming and skin product brand founded by Ritch Viola who just happens to be one of hell of a triathlete and an all-around awesome guy.  You can find their products at your nearest Target or Whole Foods.  Or you can buy online at EveryManJack.com and use SJACKSON17 for a 25% discount.

Over the non-existent south Florida winter and leading up to the team camp, I stayed pretty fit…. especially for the off season.  As I learned towards the end of last year, consistency is key/crucial and we’ve kept my run frequency up with 5-6 runs/week.  Eric and I ended up adding an additional bike workout each week to increase my bike volume as mine has been pretty low for most elite amateurs.  I did end up taking a week off for my bachelor party in the beginning of February and then I proceeded to catch something on the plane ride home and felt pretty miserable for the next day or two after getting home.  I rarely get sick anymore since I moved to Florida 5 years ago.  Fortunately my immune system was able to kick whatever I had out my system in just a couple of days, which left me with just enough time to get in another 2 weeks of solid training before camp.

The team has an annual training trip in Vegas to kick off the season and when I originally talked to Ritch back in October before joining the team, the camp idea sounded awesome and I was really excited but I had no idea what to expect.  It felt like going to college as freshman all over again.  Going to a new place with a bunch of luggage (my bike) not knowing really anyone at all.  I was a bit nervous and a little intimidated but I stepped out of my comfort zone and embraced the situation.  Let’s just say that camp did not disappoint.  It far exceeded any expectations I had.  I met a lot of cool new people who all were very welcoming and very helpful throughout the camp.  I felt And most of all, I had a lot of fun.

Let me paint the picture for you…….

Imagine 60+ male triathletes crammed into two big houses/castles, 4 straight days of hard training, and a bunch of awesome gear/swag from our sponsors.  Almost sounds like an episode of the Real World right?  Anyone remember that show?  Vegas just happened to be my favorite season.  Coincidence?  Maybe….

As far as the training, I put in the highest volume I have ever put in (by about 6 hours) and gained a whole lot of fitness. I got swim, bike, run, and do yoga with a bunch of really fast dudes.  I haven’t been pushed that much in a swim workout since college as there were a bunch of solid swimmers some of whom who qualified for Olympic trials back in their swimming days.  We biked to Red Rock Canyon and on the old 70.3 Silverman/World Championship course which were challenging but a lot of fun.  I actually got to use all of my gears which was a nice change of pace.  Sure which I had some more hills in Florida to train on.  We also ran to the Hoover Dam and into Arizona which was freaking awesome.  We finished up the camp with a Matt Dixon coached swim and run.  The run was hill repeats on the old 70.3 Silverman/World Championship course, which was very challenging in itself, let alone with all the training we had done the 3 days prior.

I was very pleased with camp from a training perspective.  I gained a ton of fitness going into the season… way more than I was expecting.  I felt that I managed the training load extremely well.  I made sure to get in enough nutrition in between sessions (maybe a little too much as I actually gained weight) and tried to stay hydrated as much as I could.   One thing to note was that I did not sleep well at all.  I usually sleep very idered, it was a successful camp and I am happy I went.well but for whatever reason I slept off and on all throughout camp.  All things cons

I want to say big thanks to Ritch for putting together this camp.  It was great meeting everyone on the team and start developing new friendships.  Also big thanks Donna Trauger/her mother for the outstanding cooking, GU Energy for the SAG support and the best aid station ever on Saturday’s ride, and Talbot Cox for all the photos and videos he took/put together.   Lastly, thank you to all of our sponsors as they made everyone feel like like a pro….Every Man Jack, Louis Garneau, Lululemon, Garmin, Roka, Normatec, Cobb, Felt, ENVE, GU Energy, Boco Gear, Sock Guy 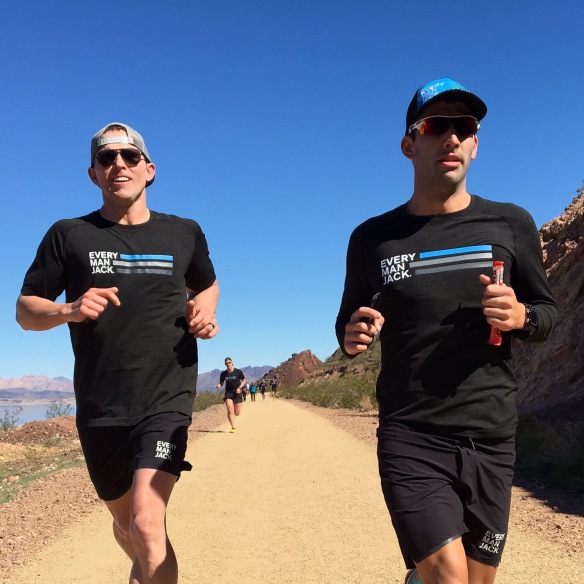 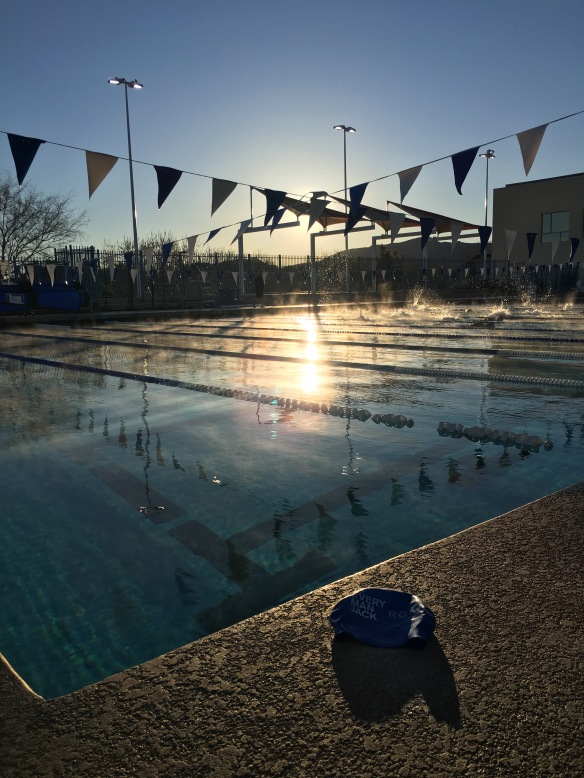